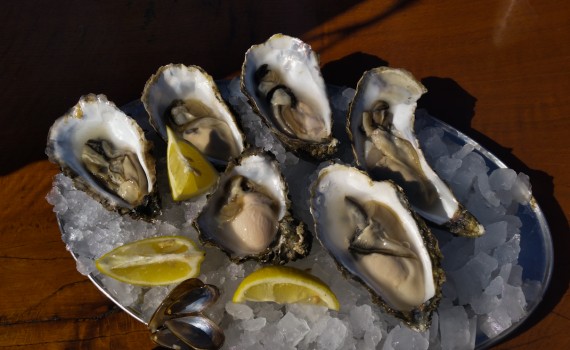 As promised, the continuation of our journey to Oban. We won't subject you all to the tedium of reading about the rest of the day as written by the two of us. From here on, it's all Steven's doing.

You can refresh your memory on the route we took by taking a quick look once again at the map on our last post by clicking here.

Another short piece up the road and it's "look there's a castle!" Just barely over a mile it's another Historic Scotland signs, this one for Cassanerie Castle, construction starting in 1565. We park and head up the hill to the castle, or so we thought. Trying to follow the signs did not work. We ended up in a field 100 yards from the castle with a fence and cattle between us and it. Back down the hill, we try a different (unmarked) fork and soon find a gate leading to a trail further up the hill and some other confused tourists. All together, we manage to find our way.

It's claims to fame include being the location where a Bishop Carswell translated John Knox's Book of Common Order into Gaelic, becoming the first book printed in Gaelic. Otherwise, the castle is notable as being part of the Campbell legacy (what isn't around here?). In 1685, the castle was destroyed as retribution by Royalists for the 9th Earl of Argyll's (head of Campbell clan) rebellion against James VII of Scotland (aka James the II of England). It seems like a small place but apparently was set up for substantial accommodation. Today, the roofs, woodwork, and most of the floors, are all gone. Just some walls of the main section and two towers. I left Kevin down below as I climbed the smaller of the two towers. It was interesting to see the change in the steps as I went up the spiral staircase. The first run was all rough-hewn coming from the lower levers and cellar to what would have been the main floor. From there up two floors were finely cut stone, smooth and even. Beyond the "living" floors going up to probably more servant/guard rooms and a look out at the top was once again rough-hewed. Clearly the expense was put into what would be seen by the owner and guests, The servants can deal with the cheap stuff. Nice view of the surround countryside from the top and looking back down into the shell of the castle. A few other tourists looking out from the top of the other tower. I try to get Kevin's attention down below, but without yelling loudly, no luck. I head back down and find Kevin, both of us ready to move along.

Back on the road again and the day starting to get long we don't make many more stops along the way to Oban except for a couple scenic photo ops.

We arrived in Oban around 3:00 with the GPS trying to get us to the Oban Distillery. It may have known the way just fine, but we didn't quite believe it or we just couldn't make sense of what she was saying vs what we were seeing. But after a few extra turns, we find it and then find parking. The distillery was a bust. Too late to catch any more tours. They had reached their quota of tours for the day and the tasting room was closed for lack of staff and the lateness of hour. Yes, 3:00 is late apparently! So what to do with nearly 4 hours until our dinner reservation? We decide to explore.

The town of Oban is set on a picturesque little bay on one side with a steep hill on the other. The waterfront has a promenade of sorts along the harbor front with cafes, shops, and hotels facing the bay from the other side of the main street. Around to the side of the bay is a set of modern tourist shops, more restaurants, the train station and a very busy ferry port. This is the area with the restaurant, Waterfront Fishouse Restaurant, where we have our reservation. A recommendation from my rowing mate, Chris, who had just been here a few weeks before - thanks Chris! But more about this later, we still have over 3 hours until dinner time and we're hungry already. Remember we didn't have lunch by this time.
We checked to see if we could get in early but they didn't open until 5pm so we wandered around a bit more. Both of us getting a little cranky for lack of food but very few options available, too late for lunch and too early for dinner. Then we found a wondrous thing, the Oban Seafood Hut. Just a little shack next to the ferry terminal. You order at the counter and the guy out front starts steaming the muscles in one pot while boiling the shrimp in another. Someone back inside starts shucking oysters. Oysters on the half shell, steamed mussels and clam, boiled local shrimp. Just one long, very full, table out front to sit or stand and dig in. We saw others with beer and wine but couldn't figure out where they were getting them as this place wasn't fully licensed for such. The food was perfect, this hit the spot. After devouring a fair amount of these delicacies (you'd think we'd get tired of this - NOPE!) we felt better but still had plenty of time before eating again but now in need of a beer. 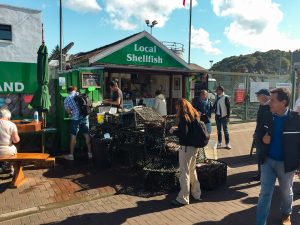 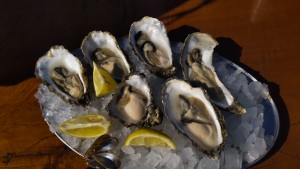 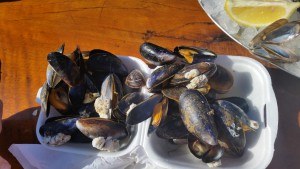 A short, lazy walk back around to the main street gave us plenty of pub options. Found one that looked good and leisurely sipped a couple pints. 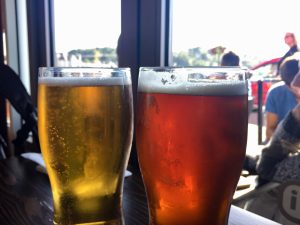 The Fishouse is now open so we head over for dinner rather than waiting another hour. There really was nothing else to do as most of the shops were closed or closing, nothing we really had any interest in anyway. The restaurant was quite accommodating and sat us early. Only a few tables seated when we got there but the place filled in quickly. Chris gave us the name of the manager to say "Hi" to but tonight was the first night he's taken off in weeks according to our server. 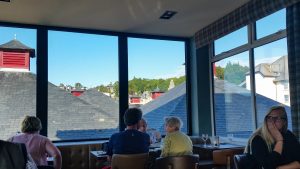 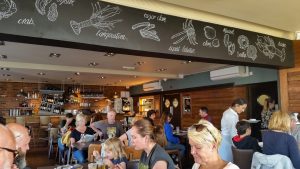 So, what did we have here?

Check out the menu for full descriptions.The restaurant itself was fairly casual, which is fine, and surrounded by big windows looking out at both the town and the harbor across the ferry terminal. Several ferries came and went as we dined. Despite the somewhat humble atmosphere of the restaurant the food was really quite good, on par with so many of the other places we've been so far on this trip. Fresh, local ingredients, well prepared. A little pricey but not outrageous or out of line with other restaurants with a menu of this quality. Staff was friendly, informed and helpful. By the time we get done with dinner there was still plenty of light in the sky but we know it will be gone soon. Being none too eager to drive back to the Thistle in the dark, we hit the road. As you can see by the map above we were taking a circle route so as not to double back on ourselves. The way back being the shorter of the two directions so we were able to make it back quite quickly. No stops along the way to see sights, unfortunately, but it's already been a long day and ready to get back "home." We get back to the Thistle just in time for a magnificent sunset over Loch Fyne. 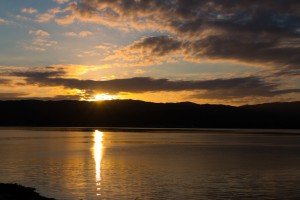