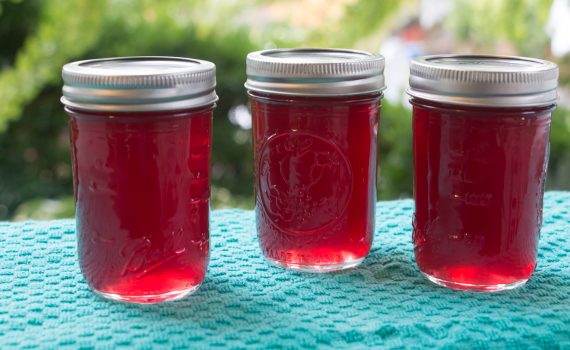 Here’s a little post from our home food adventures.

In late September Kevin and I and our friend, Robert, headed north for a nice little weekend getaway. We stayed at a friend’s house east of Bellingham, on the way towards Mt Baker. We arrived the day after the house/groundskeepers finished harvesting the wine grapes from the vine growing on the porch arbor. They had more grapes than they knew what to do with so offered for us to take some home. Not to miss an opportunity, though not knowing what we would do with them, we took about 5 pounds of grapes back home with us. 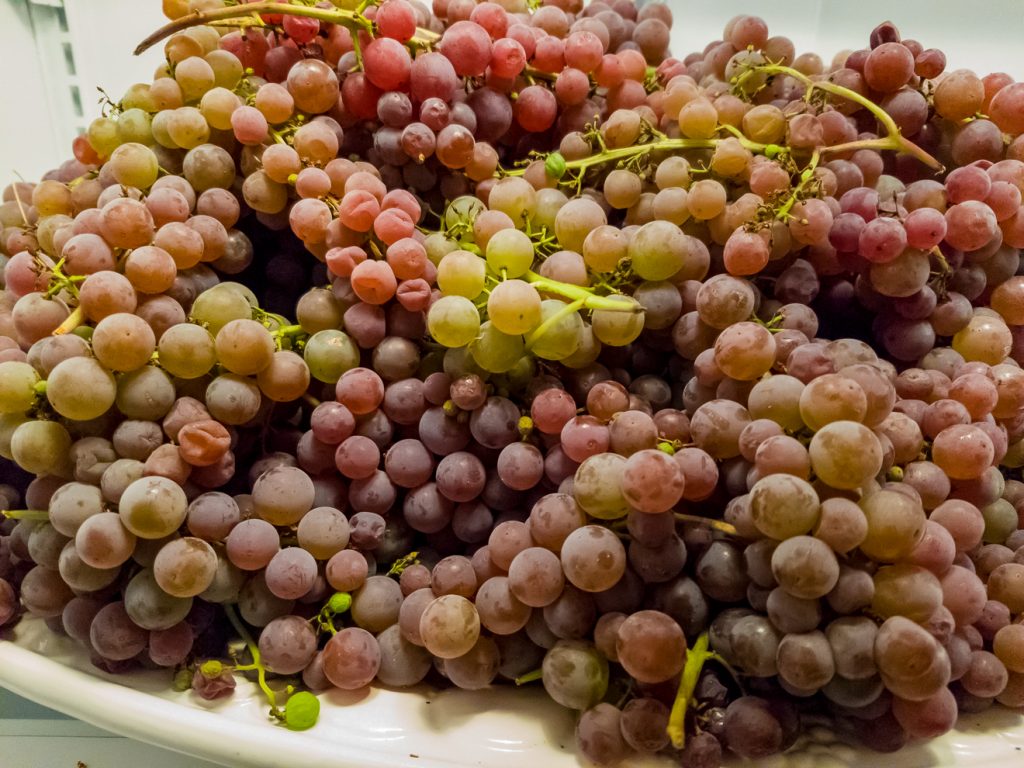 There are certainly a number of grape jelly recipes on the internet. Most recipes have one thing in common: pectin. I knew that Jello makes a pectin. So I thought who could have the more technically correct recipes than the people who make the pectin – If they can’t get it right, who can?

I found their recipe at kraftrecipers.com/recipes/surejell-concord-grape-jam-60879.aspx

I'll reprint the entire process here if that page goes off-line (don’t worry; I have the text saved, just in case). I just want to mention a few things I did differently.

I don’t have all the “proper” canning equipment but easily found ways to make do. One part of canning, if you’re not familiar, is that you have to sanitize your jars by boiling them. I don’t have a large enough pot to do this so I resorted to our electric roasting oven. This took longer than on the stove top, much longer, but eventually got up to just barely a boil, but hot enough (checked with thermometer) to get the job done.

[What I didn’t think of doing, which probably would have been more efficient, is use the Sanitize cycle on the dishwasher. I’ll try to remember that for next time.] 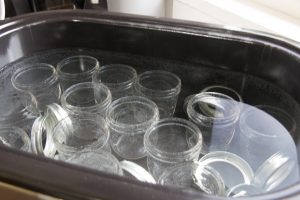 With the jars well on their way, I began on the jelly. I started off by getting the grapes off the stems and rinsing. Now it was time to weigh how much I had to work with and started in on the math of converting the recipe to the right amount of ingredients. The recipe called for 5 lbs of grapes. I had 8 ½ pounds. So not a simple, just-do-it-in-your-head math, unfortunately. But I have the technology!

Beyond adjusting for the proportions, I also added the juice of one very large lemon near the end of the boiling process. In the end you won’t really taste it, but I think it kind of “brightens up” the flavor. I do the same for my raspberry sorbet and it really makes a difference by helping to break some of the sugary sweetness.

Another thing to note is that the recipe says it takes one hour to complete. Don’t be fooled by this, it will take longer. Between sterilizing your jars and crushing the grapes you’re well over an hour into this, especially if your grapes are small. However, once you have the grapes wrapped in cheesecloth to drain, this mash can go into the refrigerator overnight. The rest of the process to getting the jelly into the jars does happen fairly quickly. 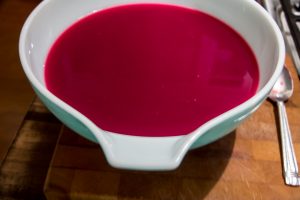 If you want to store your jelly on the shelf, you will need to continue the process through boiling the filled jars which will take some time plus the cooling time. But if you have the space in the fridge that you don’t mind giving up as you work through years’ worth of jelly, you can skip boiling the filled jars. We’ll probably give some away; I don’t like giving gifts that need refrigeration, especially if it needs to be shipped. 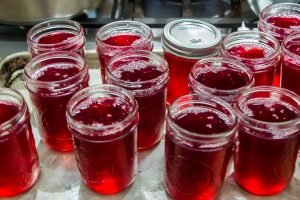 I know there aren’t many who will take the time these days to can their own anything. But this wasn’t that hard though it did bit of a time commitment. Worth it for having a good supply of jelly in the pantry and to give as gifts.