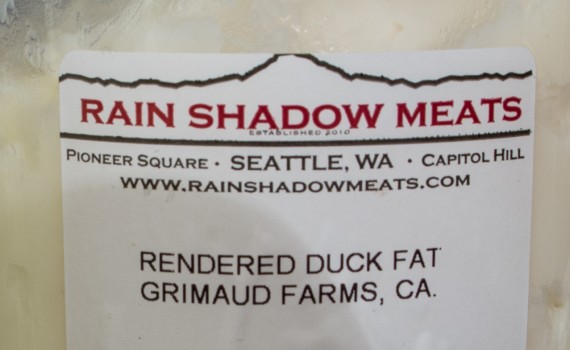 What to do with a quart of Duck Fat without really trying.

For this Saturday dinner we needed something pretty easy – meaning something we’ve already cooked before with success. I was at a conference most of the day and Steven had rowing practice then errands to run. Before he left, Steven had set out a couple of organic chicken breasts from the freezer to thaw for me to brine when I got home. Other than that, anything was fare game. 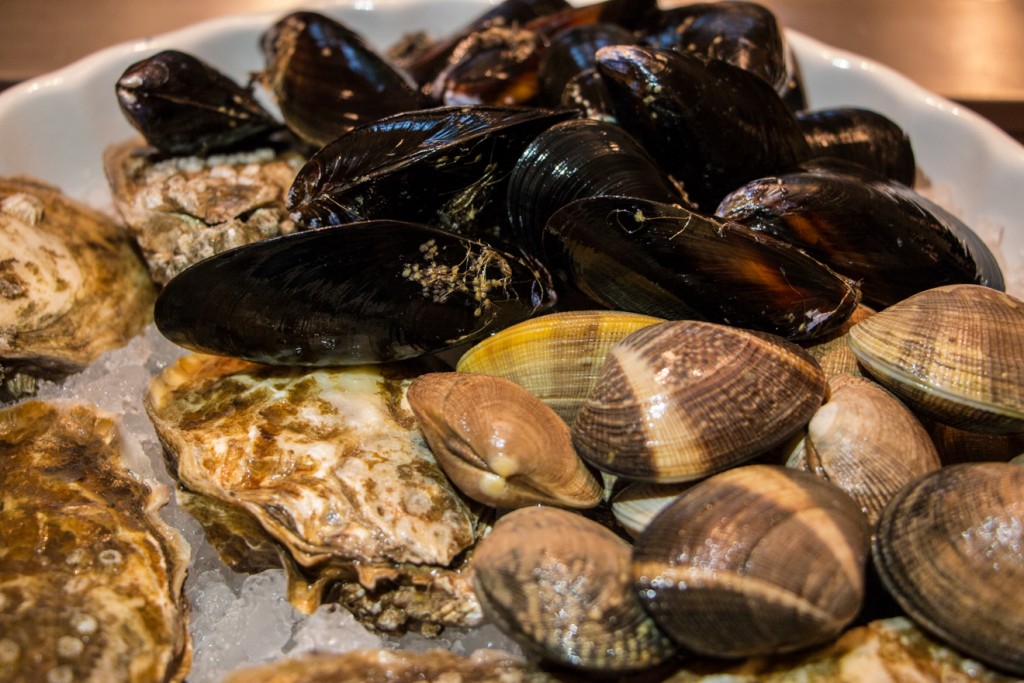 The backstory to having duck fat on hand isn’t that interesting. It involved going to our favorite seafood shop called Taylor Shellfish in the Melrose Market on Capital Hill, Seattle’s trendy – though quickly gentrifying – post-queer neighborhood where we picked up a dozen fresh oysters, clams and mussels (see our cioppino post coming soon). In the same complex is Rainbow Meats, another great destination for all things meat. Since that night we were making a riff off the traditional Italian fish stew, we needed some spicy sausages. Rainbow has it all. You’ve got to go if just to ogle the fine meats…and staff. Anyway, I saw they had prepared duck confit. An idea sprang into my brain….I wondered if they have duck fat so I can make confit myself? Of course they did and we left with a full quart of that tantalizing fat. Score!

The duck fat sat in the fridge for a few days taunting me every time I opened the door, challenging me to find some uses for it…..I didn’t have duck, so what to do with it until I did?

Here’s what I decided:

From our organic grocery delivery bag we had LOTS of potatoes to use, naturally a roasted potato would go well with the chicken.

Probably one of the easiest sides you can do with pantry items. Maybe not traditional, but good home cooking isn’t about replication but innovation. If you Google Romesco sauce you’ll see it originated in Spain most likely, and they all have ground nuts and/or bread. We neither like the mouthfeel of ground nuts nor appreciate the thickness bread gives this sauce. So, maybe what I have here really isn’t Romesco at all…but Seattle-style Romesco???? You decide.

Cook away until you get the consistency you want. I prefer a looser sauce, hence no bread or nuts.

While the sauce is combining and reducing and the potatoes are happy in the oven (don’t forget to check on them and give them a turn), pull out the chicken from the  fridge and put in a baking dish or sheet pan that you have coated with….you guessed, duck fat. Pop into the 400F oven on a lower rack. Let this go for about 20 minutes only. The sausage spread on top will keep the breasts from drying out, but as you’ll have one final stage of cooking left at the very end, you don’t want some leathery plank of protein on your hands. 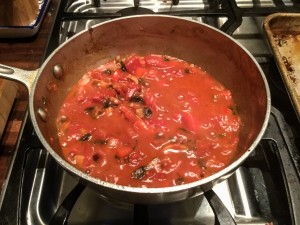 Staging for the final cook 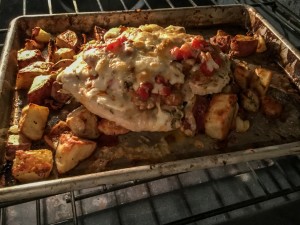 Pull out the cooked breasts from the oven. Take a small amount of the improvised Romesco and schemer on the top of each breast if serving more than two people. It turned out that the chicken breasts were plenty large and we split just one, tucking the remaining cooked breast in the fridge for another meal.

Add a little shredded cheese on top and place under broiler for just a few minutes. We used some mozzarella and grated Parmigiano-Reggiano …the undisputed king of cheeses according to Mario Batali.

As you can see, we used the Romesco to one side and potatoes on the other, placing the piping hot-from-the-oven chicken on top the potato. A little fresh basil, and maybe to guild the Lilly, add a drizzle of EVOO and fresh cracked pepper. 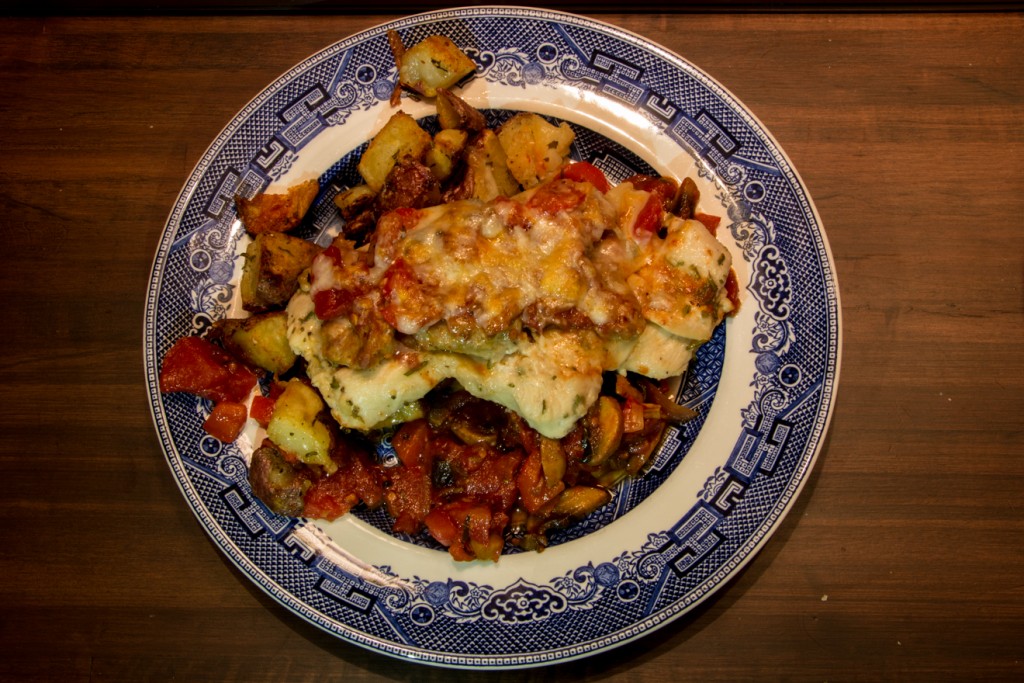 NOTE: It took about as long to write this posting as it did to make this dinner!!!

I hope you enjoy.

According to A.B., duck fat is known as Liquid Love.