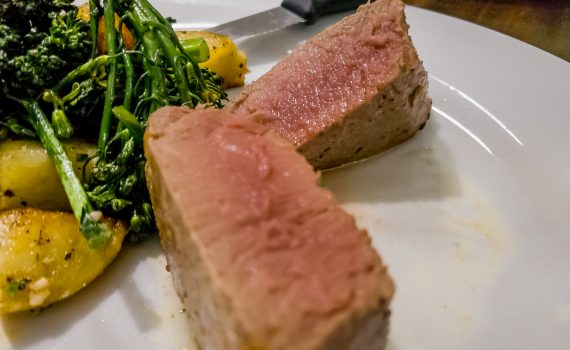 Another sous vide adventure this evening.

I got home just before Kevin, which is unusual as we typically leave work at about the same time, but his work is 1/2 the distance from home than mine. I took the opportunity to lay down in bed for a quick bit. Before I had the chance to nod off, Kevin got home and before I knew it, my phone had a message that the Joule had reached its set temperature. At that, my curiosity was piqued about what was on for dinner.

Upon getting dressed, gathering some laundry to throw in, I made my way downstairs to find some surprises in the sous vide - two kinds of tuna, Yellow Tail and Ahi. The Yellow Tail came from our friend, Ike, an avid deep-sea fisherman, whom we visited in Arizona in February. The Ahi came from East Anchor Seafood, just up the street.

Kevin had them in the sous vide just at about 62F to get them thawed and then raised the temperature to 122F for final cooking. Unfortunately, between catching up on the day and getting the laundry started, we lost track of the time that the fish was under the supervision of the Joule. In the meanwhile, and after some discussion about what to have for sides, Kevin got our potatoes browned (previously Joule cooled) in the skillet and broccolini ready to steam. I, on the other hand, prepared myself a Martini.

Once we deemed the fish to be done, which was pretty much arbitrary at this point, we got a pan going for searing. Both pieces of fish went in while the broccolini seamed nicely with a little chicken stock and garlic on another burner.

With a pat to dry each piece, it didn't take long to get a light sear on each, but it was quickly clear that we had the sous vide at too high of a temperature. The Yellow Tail was clearly cooked through to the point that it no longer wanted to stay together as one piece. However, it wasn't until I cut into the Ahi that the same error was evident. The meat was still red as you can see above, but it certainly wasn't the fish-equivalent of rare-to-medium-rare that I would have liked. 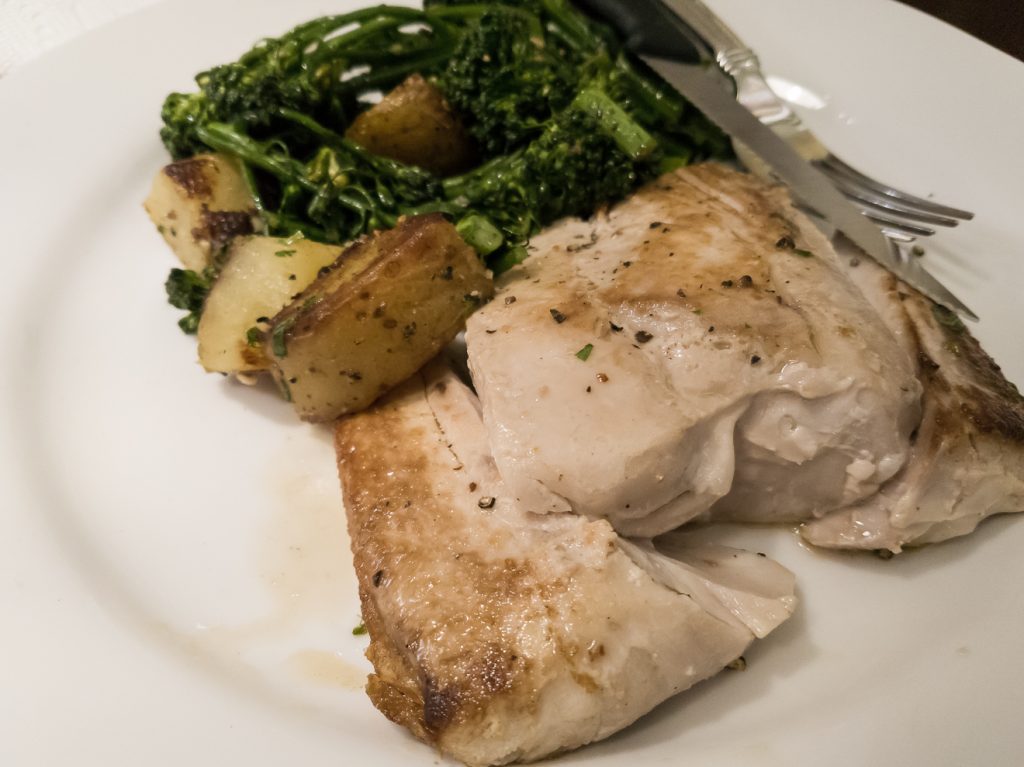 It was all still tasty, but not all that it could have been.

The lesson learned - lower temp on the sous vide. Or simply don't sous vide these cuts of fish. We'll try this again sometime but, I think, we'll target about 110F if we use the sous vide for this next time. Do any of you out there have any suggestions on how to make this better? Let us know in the comments if you do.

Food, Friends & Travel is a member of Amazon's affiliate program. By purchasing Amazon products through our website, we may earn a commission on qualifying sales. These commissions assist us in maintaining this site.

Grilling: Gas vs Wood
The Future of Pork Belly

Great fish!!! For me, unless it is small pan fish, like perch etc. fish is not the easiest to cook. Proper temp, time, etc.
What you two put together always looks great. Would like to be your official taster!!!!!

Mar, we would love to have you up as Chief Taste Tester any time!